You’ve worked hard on building up the equity on your home over the years, so why give more of it away than you have to when you sell it?

*Note: savings compared to a 3% listing commission for comparison.

We’re Not Just About Saving You Money, but we also want to EXCEED all your expectations too!

There is a minimum expectation that all sellers should have when they choose a broker to list their home with, but at LISTED Realty we believe that we should ALWAYS offer our MAXIMUM effort for every home-seller that we work with. There is no cutting corners with what we do, regardless of the value of a home, and our goal is to sell every home that is trusted to us as quickly as possible, for the best price possible –  and doing it all while saving our customers money.

How do we do that? It’s simple, we use the latest real estate technology to get as many eyes on our customers homes as possible – and then, to save you money, our commission isn’t charged as a percentage of your home’s sales price, but instead you simply pay us a low flat-fee for the work that we do. Over the years we have saved our customers tens of thousands of dollars in listing commissions by using this model, and we want to do the same for you too!

Why I Chose Listed Realty 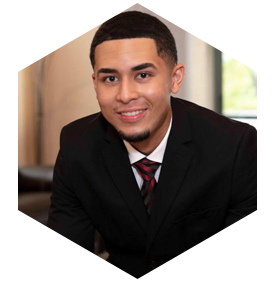 When I became a licensed real estate agent I wanted to find a brokerage that had progressive ideas. Coming from a real estate photography and videography background, I was approached by a number of larger brokerages who wanted me to join their firms. I did go and talk to a number of them, and as good as they all sounded, the one thing that struck me was that everyone was saying the same thing (but using different words). Each company that I spoke to said they were different from their competitors  but no one could explain anything specific that made all the difference, other than their name, or that they were part of a big franchise or they were a small independent boutique agency (both of which have pros and cons). When it came to the services that were on offer to their customers, there really was no identifiable difference.

Prior to joining LISTED Realty, I worked for a couple of other brokers, but I was never completely happy because I really was always a small fish in a very large pond struggling to be noticed among the bigger fish who had been there a lot longer. I then came across LISTED Realty and their model of selling homes for flat-fee commissions, and became intrigued with the idea. While doing my research I spoke to multiple agents who tried to steer me away from this model – not because it was inferior and offered less to the home sellers, but because it meant I would earn less commission. I know this fact would probably steer a lot of agents away from it, but I remember when I was growing up my dad always used to tell me that when I start working, my priority should be about doing something I love, and always doing the best job possible. In other words, I should always take pride in what I do. He always stressed that money should never be the number 1 priority  for me because if I focused on the first two things, money would eventually come, but  if I focused on money first, it didn’t mean the other two would follow.

After speaking to the broker at LISTED Realty, I quickly realized that her goals for the brokerage were completely in line with my own, and her passion was not about earning as much money as possible, but on building a brokerage that is trusted and known for offering a quality service at a fair price. I have been with LISTED Realty for a little over a year now and have sold a number of homes for my clients, literally saving them thousands of dollars each time. The satisfaction that I get when I sell a home and show my clients how much money they have saved in commissions is immeasurable, and something I plan on continuing to do for a long time.

Check Out Some of the Great Homes we have sold…and the Savings Our Customers Have Achieved!

* when compared to paying a 3% listing fee

Looking to Buy a New Property or Sell an Existing One?
I Can Help You With Both!

A Few Kind Words
From My Clients 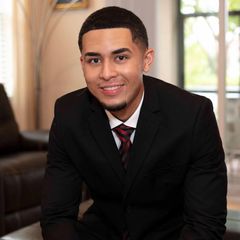 danlynch00
Callum was great at guiding us through the process and marketing our home...he was able to sell it fast fast fast! He kept us informed during the closing process and went above and beyond making sure everything was in order and that the buyers could enjoy their new home. He is absolutely full service and more! The marketing photos were amazing and the professional guidance much appreciated.

girlsthatgolf
Callum and his dad made the process of selling my house so much easier with their expertise, from the professional pictures to the listing on all the websites. I have recommended them to friends that are thinking about selling their home and I personally would definitely use them again. Donns Greager
Check out some more of my reviews on Zillow.com